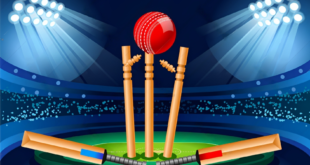 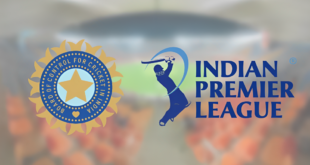 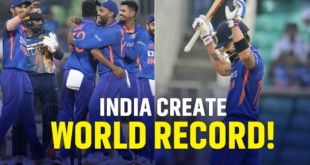 Asked to bat first, Lucknow put up 158 for six in their 20 overs and, in response, Gujarat survived some anxious moments before making 161/5 with just two balls remaining, thanks to a swashbuckling unbeaten 40 off 24 balls by Rahul Tewatia and 15 not out off 7 balls by Abhinav Manohar.

Lucknow began their IPL campaign in disastrous fashion, with skipper Rahul caught by Mathew Wade off Mohammed Shami on the very first ball of the innings. His opening partner Quinton de Kock (7) did not stay much longer and fell with the total at 13, bowled by Shami.

That brought Deepak Hooda and Ayush Badoni together and, in a remarkable rescue act, they added 87 for the fifth wicket before both departed in quick succession. Hooda, 55, left in the 16th over, trapped leg before wicket by Rashid Khan while Badoni (54) was caught by Hardik Pandya in the 20th over. Hooda’s innings was studded with six fours and two sixes while Badoni struck four boundaries and three sixes.

Gujarat also had a shaky start as pacer Dushmantha Chameera opener Shubman Gill (0) in the first over and then sent back Vijay Shankar (4) in the third to make it 15-2.

Hardik Pandya (33), who promoted himself to number four, and Wade (30) added 57 for the third wicket before the former was claimed by his brother Krunal. Six runs later, Deepak Hooda bowled Wade and Gujarat were in a spot of bother.

Tewatia, who walked in at that stage, joined David Miller (30) in a superb 50-run partnership before the latter, in a bid to keep the asking rate down, ended being caught by Rahul off Avesh Khan.

Gujarat still needed 21 runs off 15 balls at that stage and the match could have gone either way. But both batsmen held their nerves and hit out at every opportunity and bring the target within reach.

Chameera took two for 22 while Avesh Khan, Krunal Pandya and Deepak Hooda picked up one apiece.

Shami (3/25) bowled a fiery opening spell to knock the wind out of the Super Giants’ top order before Gujarat Titans Deepak Hooda (55 off 41 balls) and Ayush Badoni (54 off 41 balls) smashed fifties to help their team post 158 for six.

Skipper Hardik Pandya (33), all-rounder Tewatia (40 not out), Matthew Wade (30) and David Miller (30) then rallied together to take the Titans over the line. Apart from Shami’s three, Varun Aaron picked two wickets (2/45) while Rashid Khan (1/27) accounted for one batter for the Titans. Dushmantha Chameera (2/22) was the pick of the bowlers for Super Giants.

Shami was chosen the Player of the Match. 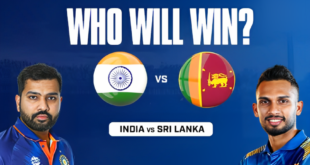